Anthropologists Struggling with Neo-Nationalism and Authoritarianism:
Challenges for Ethnography in Turbulent Times

Workshop of the dgv working group “Europeanization_Globalization. Ethnographies of the Political”, in cooperation with the Department of Intercultural Communication at LMU Munich and the Petra Kelly Foundation with Nitzan Shoshan (Centro de Estudios Sociológicos, El Colegio de México).

Right-wing populism and extremism are increasingly setting the political and societal tone and agenda throughout Europe. These current developments are leading to the “mainstreaming” of far-right ideas. Language, signs, and imaginations are taken over by parties of the center, and they become part of mainstream media and everyday discourse in ways that only a few years ago would not have been conceivable. This resurgence of the varied manifestations of the far right – from extreme right grassroots movements to right-wing populist parties – across the world have, unsurprisingly, been attracting more and more attention from anthropologists. Anthropologists have turned their focus to right-wing groups because they form part of larger phenomena that have the capacity to transform the societies we live in. In the workshop, we are interested in the continuum of right-wing ideology and practices, i.e. from right-wing sympathizers to the extreme right. It is here where we see how right-wing ideology and discourse are seeping into mainstream discourse.

The workshop expands on these basic assumptions and seeks to stimulate discussions and facilitate exchanges among scholars from anthropology and related disciplines conducting research in this field. We aim at discussing research on neo-nationalism and authoritarianism both from an analytical and a methodological angle, since we assume that these phenomena pose a significant challenge for anthropology and ethnography. The workshop thus seeks to engage with anthropologists’ struggle with neo-nationalism and authoritarianism by sharpening our terminologies and theoretical avenues, discussing our conceptual frameworks, and reflecting on experiences we encounter during empirical research, also with regard to their ethical dimension. The questions we ask in the workshop include, but are not confined to:

The workshop will be complemented by a public keynote by Nitzan Shoshan (Centro de Estudios Sociológicos, El Colegio de México), author of “The Management of Hate: Nation, Affect, and the Governance of Right-Wing Extremism in Germany” (Princeton University Press 2016), on "Immediacy, Nationalism, Anthropology: Against Mediation in Theory and Practice".

The workshop is jointly organized by Alexandra Schwell (LMU Munich), Patrick Wielowiejski (HU Berlin) and Stefan Wellgraf (Hamburg University) within the framework of the dgv working group “Europeanization_Globalization. Ethnographies of the Political”, in cooperation with the Department of Intercultural Communication at LMU Munich and the Petra Kelly Foundation. 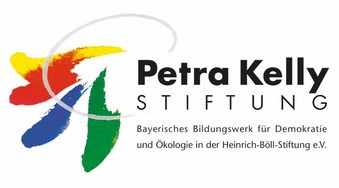